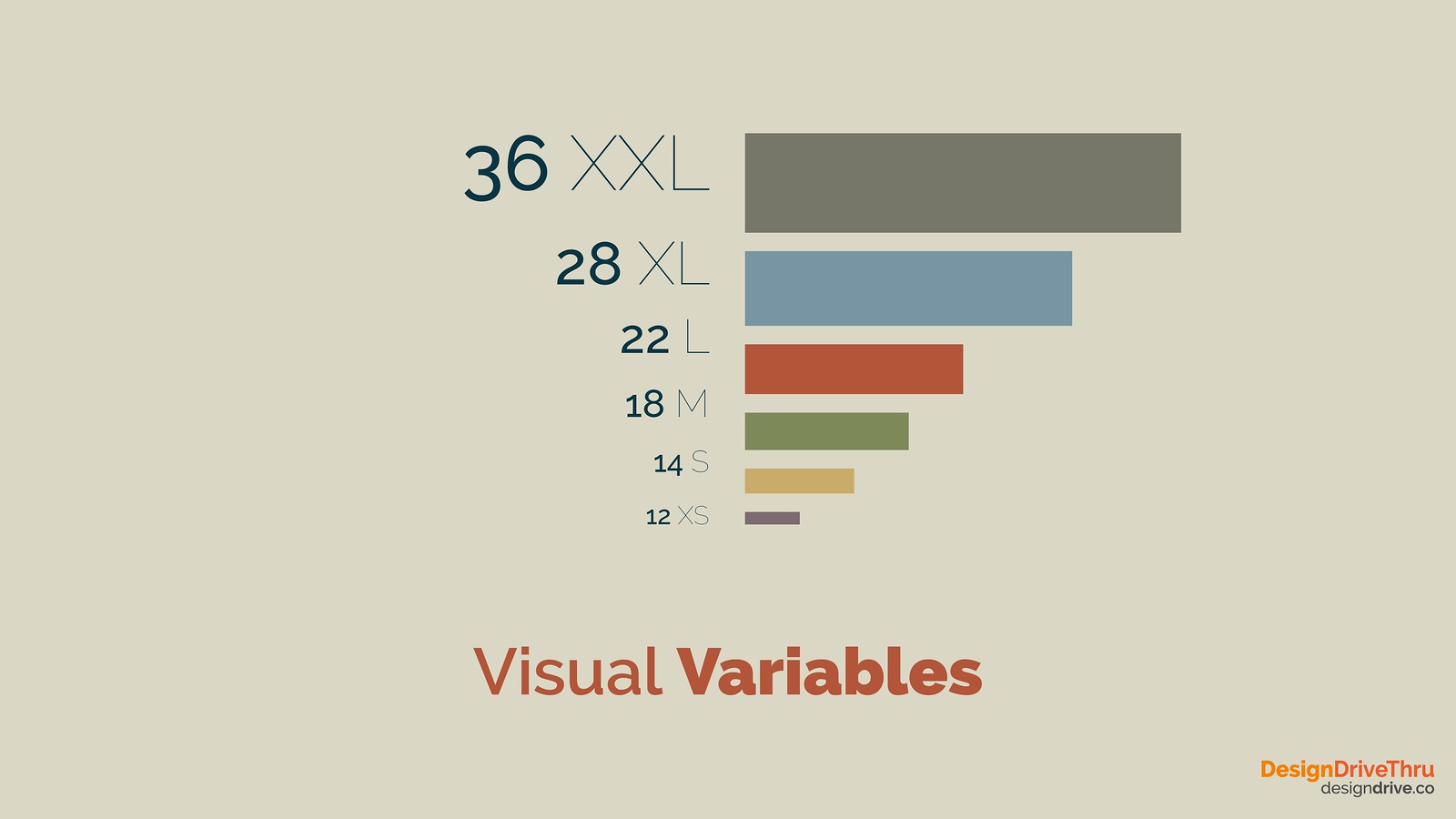 Visual Variables is a workflow tool that leverages on graphical elements to represent sizes and dimensions in a design mock-up (wireframe or hi-fi).

It intends to simplify the translation of design mock-ups into style sheet language (e.g., CSS) or other markup language (e.g., XML) – specifically in the aspect of visual design (text sizes and layout spacing).

Similar to Animation Diagram, this tool is mostly based on basic ideas instead on technology (software, devices), so technically you could use colored pens and paper to practice this kind of workflow.

From Designer to Developer

For teams working on web products wherein design mock-ups are produced by designers and the actual working product is produced by developers, there is a communication gap that must be lessened. An aspect of this gap is about the intention of designers regarding sizes and dimensions of the visual design.

Typically, a design mock-up – whether a wireframe or a high fidelity mock-up – will get finalized for production and immediately will be turned over to a front-end designer (HTML, CSS) or a developer (app development). The receiving person must also have guideline to determine the values (sizes and dimensions) involved in the design. Although there are several techniques available for a developer to determine such values, it is the designer’s responsibility to ensure that the product comes out as designed visually – so, he or she must also provide for that guideline.

Visual Variables uses variable names with predefined values. All values are in pixel unit and are based on 160 dpi resolution. The Medium (M) variable is deemed to be the normal size/dimension – not too big or too small for web products.

Likewise, margin, padding and any spacing that have defined or exact values are put in variable names in the form of colors.

As mentioned earlier, Visual Variables is a workflow tool – first, it consists of the Size Variables and Dimension Variables and second, it must be employed during the development of the details of a visual design by using the Dimension Variables as guides for the margin, padding, and spacing between UI elements (otherwise, if done the other way around, it would be just like measuring and estimating dimensions – which will be time-consuming).

These levels are recommended to lessen the clutter of information in a mock-up.

The first level of usage is over spacing of content areas. This demonstrates the distances of components from each other.

The second level delves deeper into the details of those content areas in level 1. It includes both the text sizes and layout spacing of UI elements. For dimensions beyond the variables (colored blocks), one could use the generic Dimension Variable denoted by the gray color along with the exact pixel dimension of the UI element.

Text sizes are replaced by their Size Variable names which also act as text placeholders.

The success of the usage of Visual Variables lies in two main points: