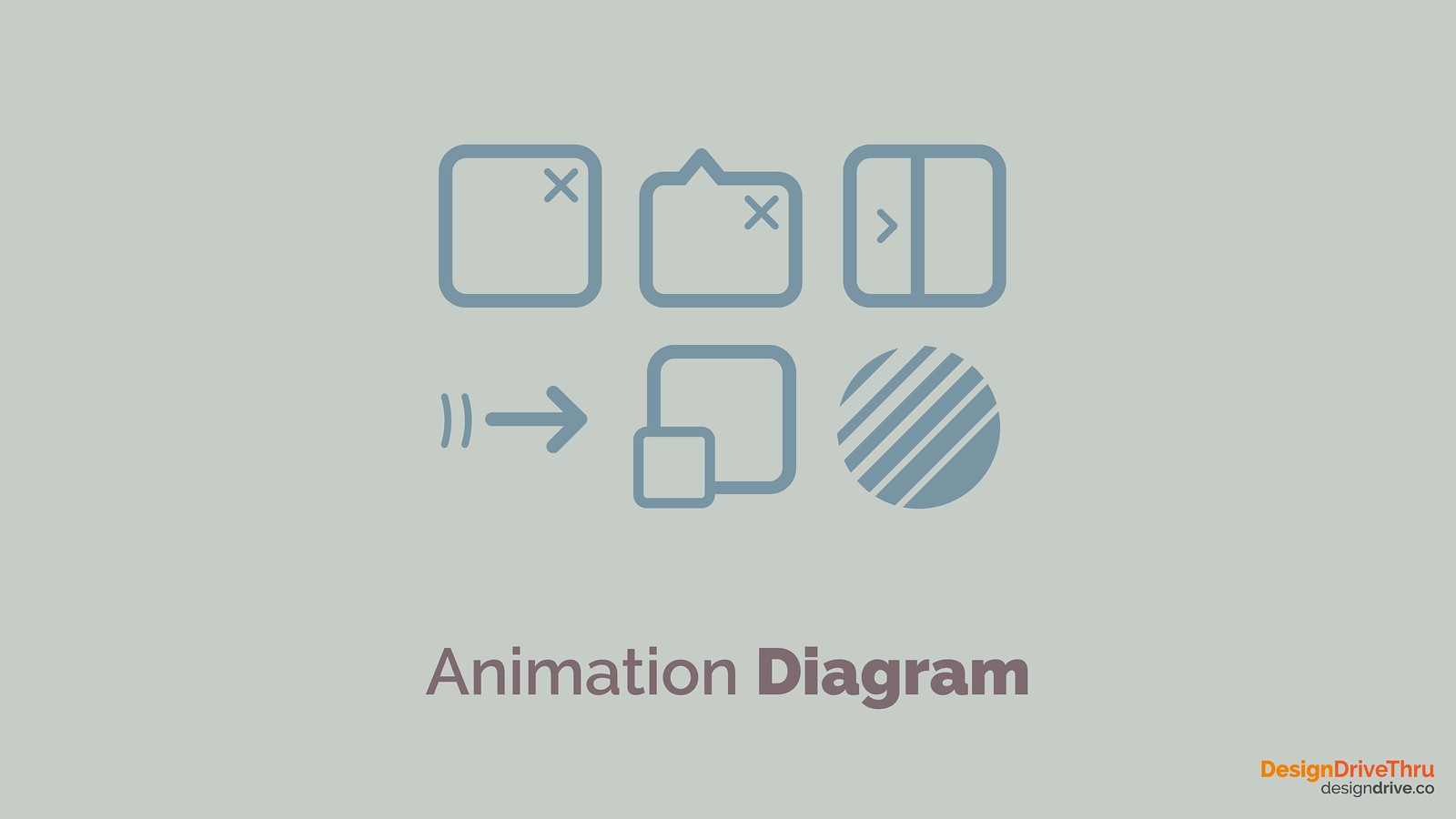 Interaction between the user and the UI of a web product (websites or apps) requires nothing less than a response from an action or information. When the user clicks or taps a button, the user interface will do something. It goes the same the other way around – when the UI presents an information, the user will react on it.

With a goal of providing users with a delightful experience while interacting with the UI, one of the techniques that we could employ is animation. Simple animations include movements from one point to another, rotations, color changes, fades, and any kind of change in the physical appearance or location of an object.

In a diverse team working on a web project (say, a mobile app), it is likely that the setup is: the designer is focused on creating the visual elements of the app and the developer is focused on putting it all together – both the front-end and back-end. In order to help teams in setting up the animation “theme” of that mobile app, we have created a simple tool.

The Animation Diagram helps in defining and illustrating the various animations a designer could employ in different UI elements of a web product. This tool relies on icons representing UI elements and animation types.

The creator of the diagram could simply use pen and paper to illustrate the animations, although, digital diagrams are more presentable and can be shared easily. 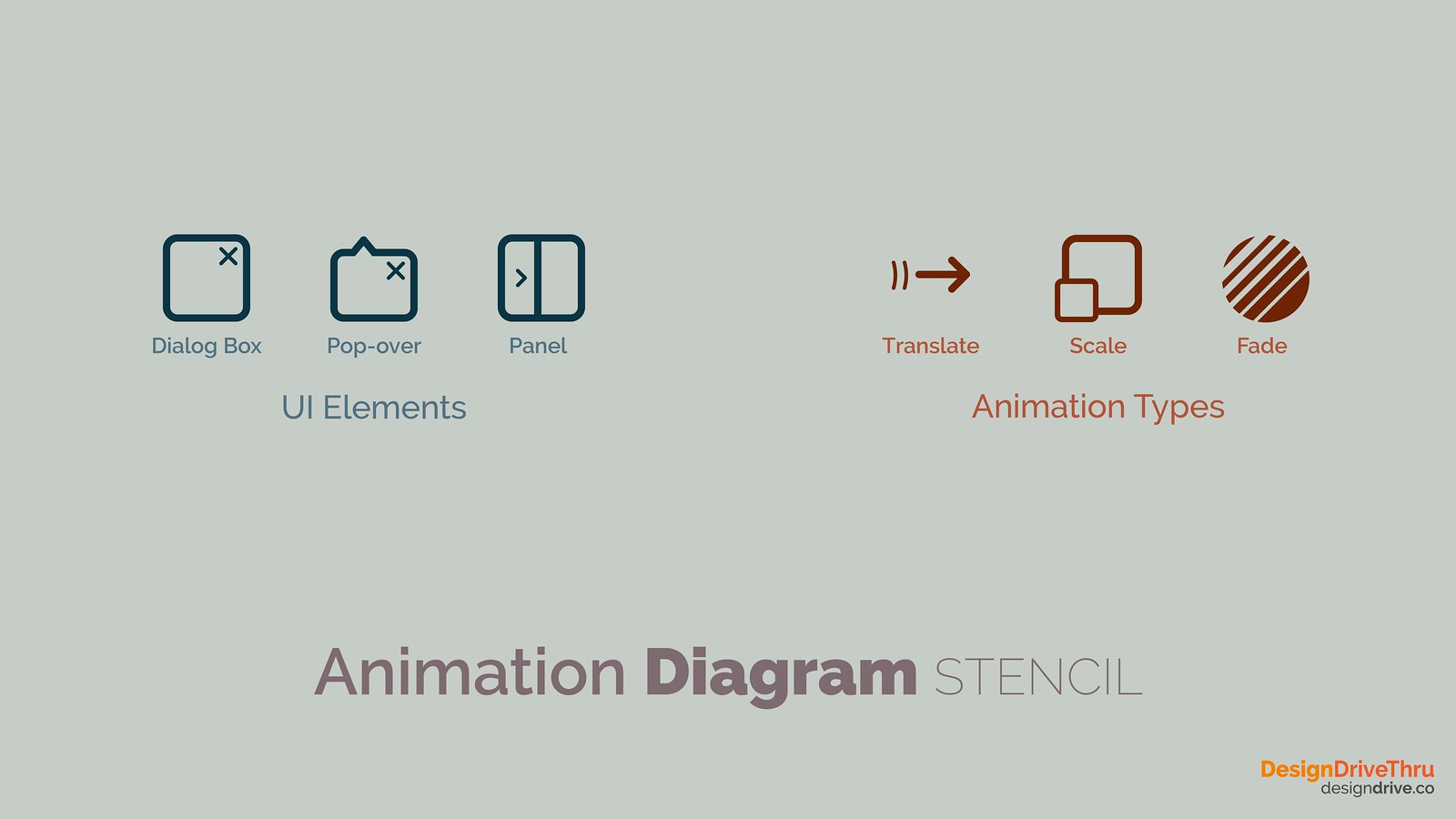 Refer to a set of predefined UI elements and animation types (for this version, we initially have three examples for each).

Set the rules on how each UI element should animate. For example: All dialog boxes must slide down upon entrance and slide up upon exit. 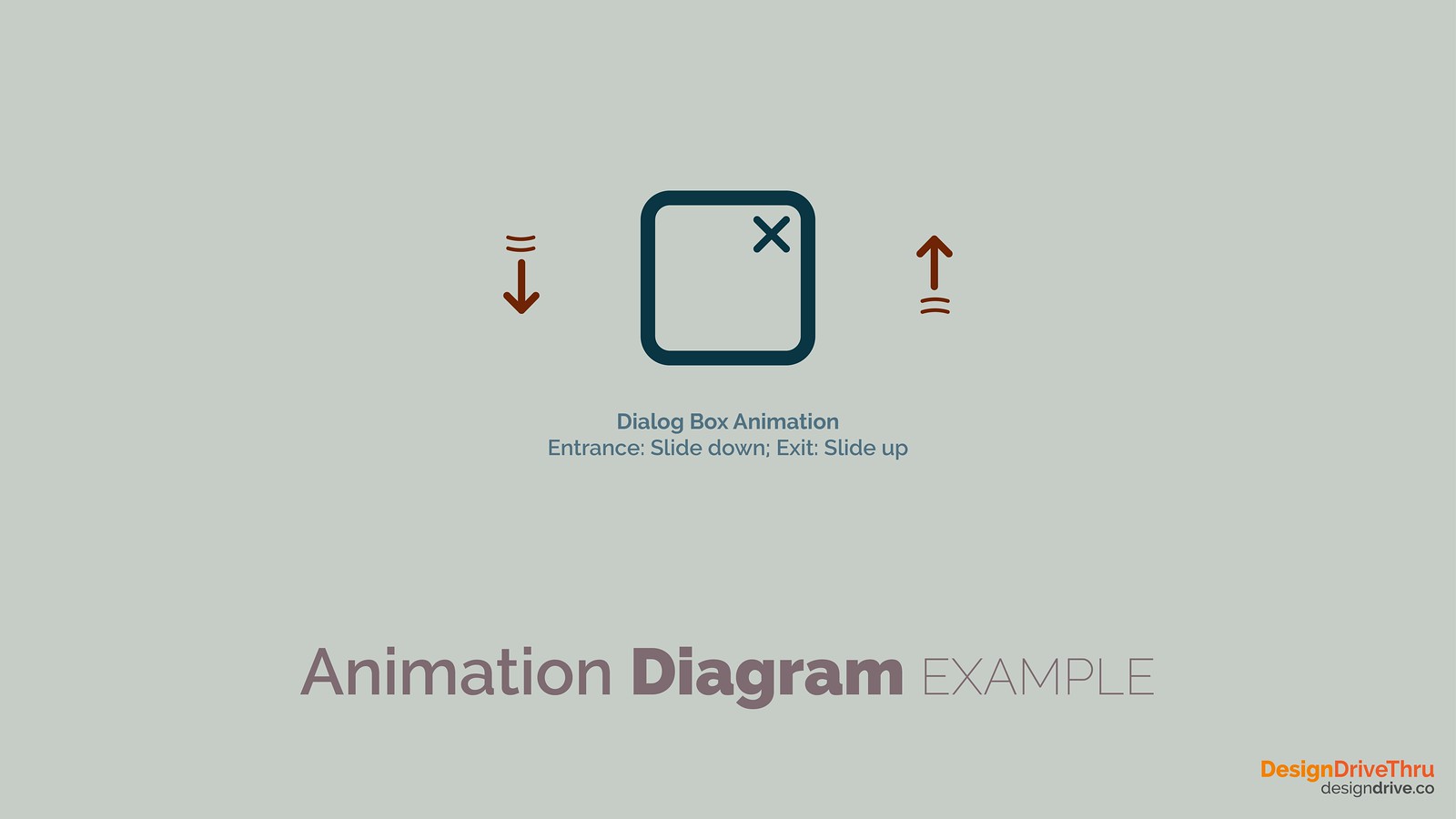 The developer or front-end designer could use Animation Diagram as an animation guideline while working on CSS and/or JavaScript.

In this basic HTML and CSS tutorial, we are going to demonstrate the following:

Separation of HTML and CSS

HTML markup is intended for chunks of text content to have meaning for web browsers (screenreaders and search engine crawlers too, among others that I am not aware of) so that they could very well translate the content into something that people would understand easily.

The text content along with its HTML markup must stand alone without the CSS layer. The content structure must remain intact and must be established before fully considering the visual design. Imagine writing a document in rich text format wherein you could create headings, lists, etc.

This separation prevents the compromise of the content structure. For example, in a visual design mock-up it is shown that the navigation is located on top of the brand logo – in the HTML, should the author be putting the navigation markup first before the brand name markup or vice versa?

In web design, it is not our ultimate goal to only replicate the visual design mock-up using HTML and CSS. While it is important to achieve visual quality, there’s an optimal approach in doing it while adhering to HTML’s semantic intentions. And semantics is the way to properly communicate with search engine crawlers and screenreaders. And of course, ultimately the people to whom the information is served.

The “Next Post” and “Previous Post” links are common in blog websites. Sometimes they also contain the article titles. Here’s a sample screenshot from PetaPixel.

Let’s say we want to show the article titles along with their respective labels; the raw content would follow this structure:

We give importance to the previous article that’s why it’s on top. But if our intention is for the reader to read forward to newer posts, we put the next article on top.

Marking up in HTML involves semantics – meaning, assign the HTML element that conveys the meaning of that content. Sometimes it is objective and sometimes it depends on the HTML author’s intention.

But since the label tag is intended for form elements, we choose another HTML tag that could convey the label meaning. Unfortunately, there isn’t any other HTML element intended for labels outside of forms. Here will come in handy, the generic inline tag which is span. Only use it as a last resort if you can’t match the content with its semantic HTML tag.

Since span is a generic element, we must put a class attribute with a class name to make it semantic.

Consider these links as one control – a type of navigation that aids the reader to navigate through old and new articles. In this regard, we could label it “Post Navigation”.

Step 5: Check the HTML document in a web browser

Remember about the separation of HTML and CSS? Apart from giving importance to the content structure (the arrangement of content according to its importance from top to bottom), we should also give importance to the bare HTML document that is displayed in the web browser.

Does the content displayed conveys the content structure? Does it show hierarchy of information? Or the very least, is it readable? One could argue that it is readable – although we could further improve its readability by further improving its sematics.

Step 5: Level up the semantics

We will be adding several HTML tags not to “fix” the layout of what the browser displays but to be more semantic which in turn, positively affects the way the content is displayed and laid out in the web browser.

So, basically, span is an inline-level element, as well as a that’s why they are displayed all on one line.

Use div to contain components or content when there’s no appropriate HTML elements that match. Another thing is div provide for the flexibility to nest or contain any kind of HTML element unlike p, HTML standards does not allow it to contain a div, for example.

Personally, I would use p or the paragraph tag as a substitute for div as a block-level element. This is OK for simple text content.

But I prefer using ul as it conveys structure.

Step 6: Check the HTML document in a web browser

Now that we got it going for us in terms of readability, we can now proceed to setting-up our HTML markup for CSS considerations.

While the HTML markup of the example above is OK on its own, we must remember that working with CSS requires us to easily pinpoint or target HTML elements directly or at least using fewer selectors, otherwise it would be very difficult to style such elements. We could achieve this by naming HTML elements thru the class attribute. And these attribute values we will use as selectors to pinpoint the HTML element.

Here, we specifically classified “previous-action” and “next-action” so that we could easily pinpoint it during the CSS phase. Of course, apart from CSS considerations, this approach is an added semantics to our HTML document because apart from marking up the content as a list, we specified what type of content are contained within each list item.

At this point, I wouldn’t say that classifying each HTML element is purely for semantic purposes only because we are already transitioning towards the CSS phase, thus pre-CSS.

Watch our for the second and last part of this tutorial tomorrow wherein we will demonstrate that CSS could simply transform the content displayed top to be laid out at the bottom (or anywhere else).